My reputation as something of a history buff distinguishes me from very few men in the critical 51-110 year old age group that history advertisers target. And yet I tend to train my lens less on major world events, like wars and tsunamis, than on the mundane and commonplace.

For instance, what about urinals? There must be history there. It’s not like God gave us urinal-producing trees to pluck our urinals from. (Yes, I’m aware, if urinals grew, they would do so on the ground, like cabbage or watermelon, not in trees!).

Well, with the internet allowing any old fool to publish anything he wants, the blogger can quickly pivot from a treatment of the history of urinals, the bait so to speak, to an anecdote about this one time when, en route to the west branch of the Penobscot River in Maine, he stopped at a brew pub for his last bit of sustenance before heading into the wild, and the men’s room urinal was actually a repurposed beer keg! 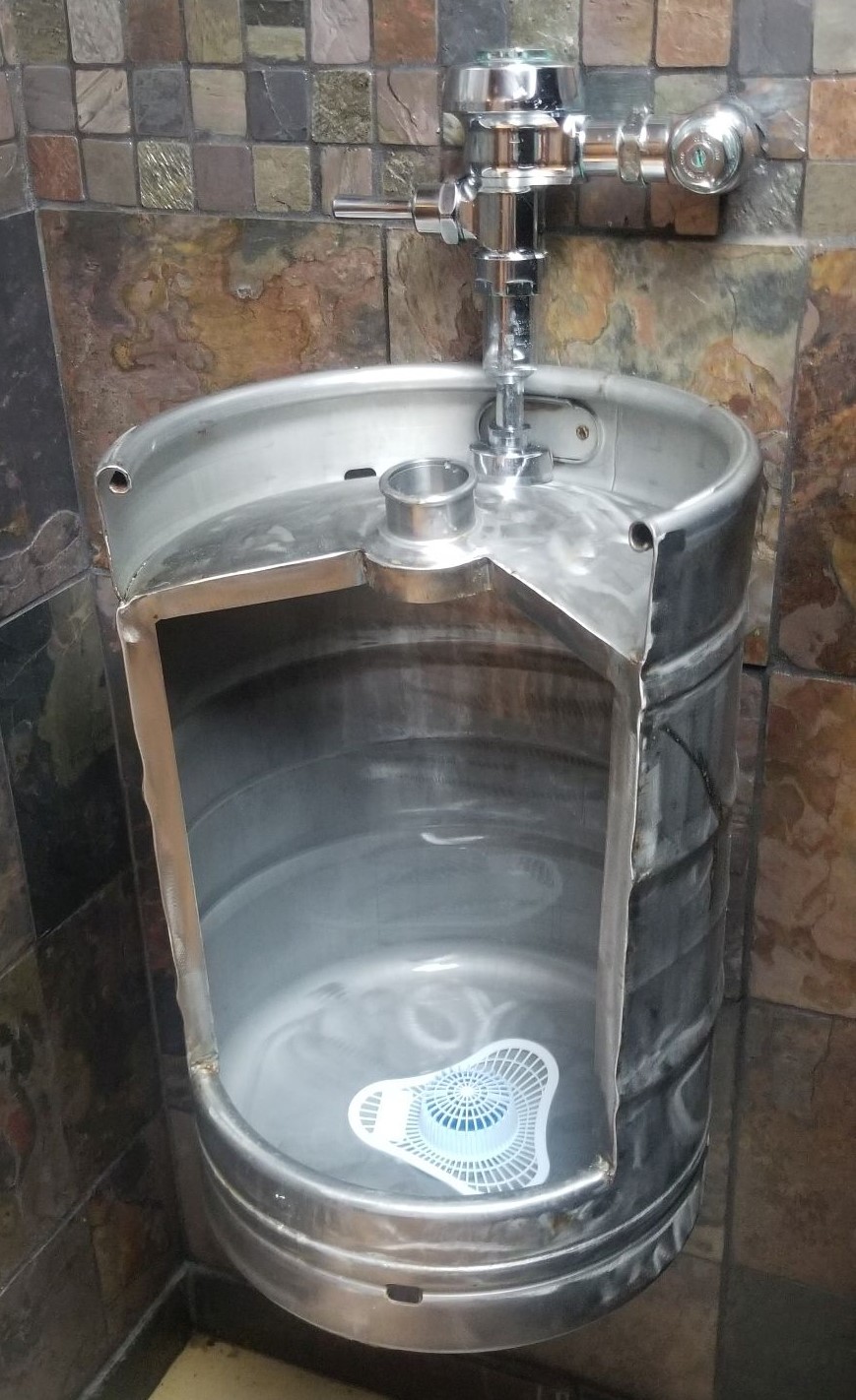 There is some synergy here, as beer makes the average blogger (not me) need to pee, and also I’m going to be in the woods, where basically everything is a urinal.