Now that the damnable pandemic "is over" (I actually found myself uttering that phrase recently), I can finally take in a good old-fashioned rock show again. And I deserve it, having had 18 months of my precious early-mid-life stolen from me by the evil virus.

Prior to the unwelcome arrival of the bug in spring 2020, I was in possession of three sets of concerts tickets, including the horn-driven afrobeat New Yorkers Antibalas, and that Australian bad seed himself, Nick Cave.

And also Pussy Riot! Having by that point in late winter spent many an hour pedaling my bicycle while wearing an un-mandated mask not unlike the variety of balaclava used by those rocking Muscovites, I could not imagine myself donning one on a sweaty rock club stage, as the anti-Putin collective did nightly whilst hollering undecipherable epithets into microphones.

These days wearing a face covering indoors in sweaty nightclubs is pretty much required. Look, if that's what's required, I'm in.

Tickets started going on sale in late spring,and I snapped them up for Thee Oh Sees and The Mountain Goats, even though it seemed entirely unlikely that these shows would ever happen, given the rise of the malevolent delta variant of COVID-19. The tickets represented hopes and dreams rather than actual plans.

But those awesome concerts really did happen, as did a recent show by the Garden State punk outfit Titus Andronicus at the Sinclair in Cambridge, the best venue in the history of small rock show venues. Playing their second album in its entirety, Patrick Stickles and his bandmates brought back the energy that had been missing from my very late nights for a year and a half. 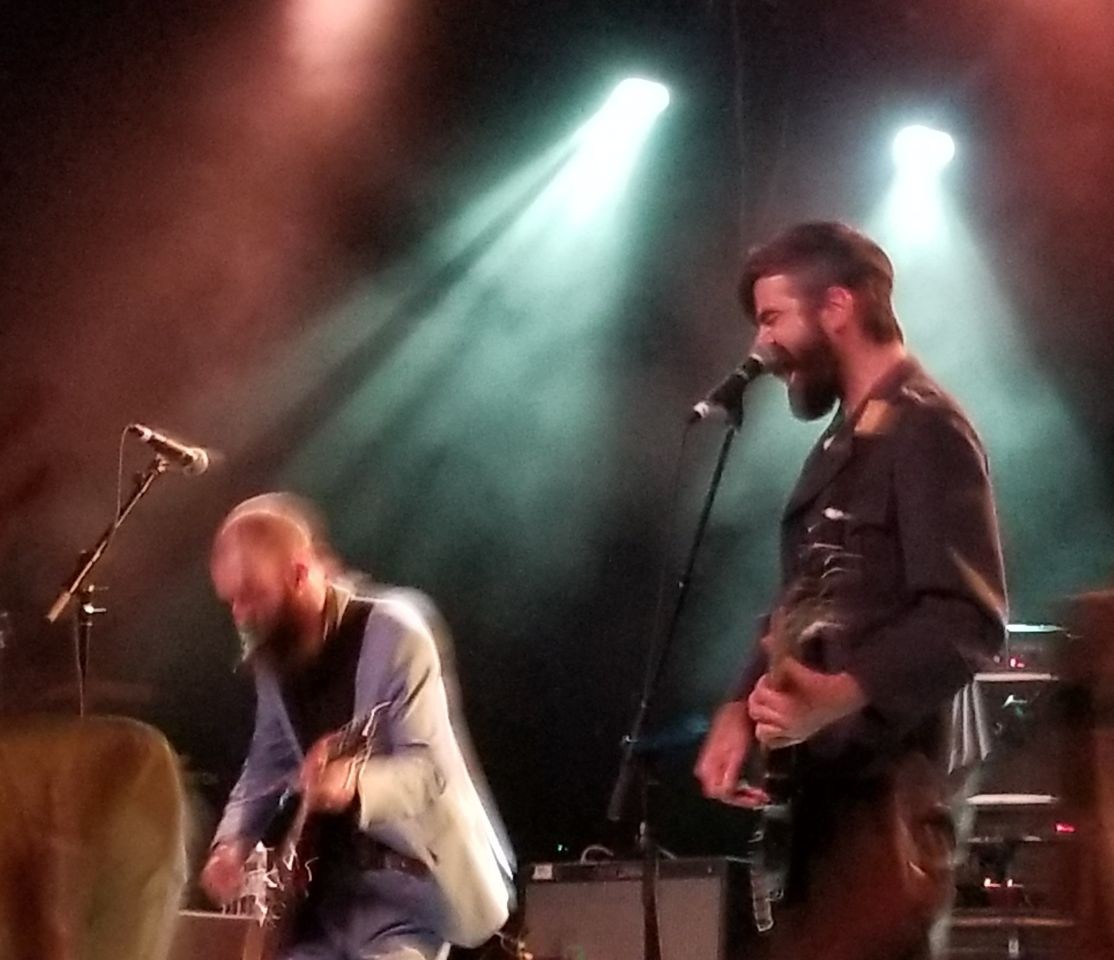 Titus Andronicus at the Sinclair Club

Unlike Pussy Riot, Titus band members didn't bother wearing balaclavas or any other face coverings while bellowing into mics, but for obvious reasons indoor mask mandates don't extend to touring punk bands while they are on stage.